A fusion of culture, performance, art and storytelling shared through the lives of LGBTQIA+ individuals from the Pacific diaspora.

Pacific Essence weaves the tapestry of Rainbow narratives through performance and a talanoa panel discussion with a backdrop of photographs from this year's Stonewall 50th Anniversary World Pride New York March.

J​oin local Melbourne-based Samoan fa'afafine / trans advocate of colour activist, speaker, performer and storyteller Amao Leota Lu on a journey with her extended Rainbow family through the highs and lows, tears and laughter – embracing the notion "You’re welcome at our table."

Amao Leota Lu is a proud Samoan fa&#39;afafine and trans woman of color. She is a an
international speaker, performing artist, writer, activist and storyteller who infuses the
intersectionality of gender, culture and life experiences in her performance works and talks

Jaiyah Saelua is a member of the Samoan fa’afafine community, and best known as the
world’s first out transgender to compete in a FIFA-sanctioned tournament — the 2011
Oceania FIFA World Cup Brazil Qualifications. She is highlighted in an internationally
renowned documentary about the American Samoa National Soccer Team, called “Next
Goal Wins”, which will be remade into a Hollywood feature film by Director Taika Waititi.
She has used her platform to advocate for the inclusion of transgender athletes in football.
Her most notable work to date is helping the England Football Association create, solidify &amp;
publish a policy on transgender inclusion in football. She is a member of the FIFA “11 For
Diversity” — a jury that is comprised of 11 renowned figures in international football who
have contributed to making FIFA more diverse &amp; who choose the annual winner of the FIFA
Diversity Award. She was featured on the cover of the 2016 September issue of FIFA 1904
Magazine. She continues to travel in hopes of making the world more trans-friendly through
her intersectional advocacy work.

Andrew Fitisemanu was born in New Zealand and is of Samoan heritage. He was raised in a
Catholic family and still has a relationship with God. He is a retired Rugby Union player after
playing for a variety of clubs over many years. Andrew was documented earlier this year in
an Australian t.v story regarding being an out Pacific rugby player. He also supports
initiatives to challenge people&#39;s perceptions of Pasifika LGBTIQA+.

Joseph Sikulu is the Pacific Regional Campaigner for global climate change advocacy
group 350.org. He is a Tongan man and a Pacific Climate Warrior working with Pacific people
in 15 Island Nations and with the Pacific Diaspora in Australia, New Zealand and the USA. He
works to ensure that in the face of Climate Change the story being told of the Pacific reflects
the leadership and resilience displayed by its people. People who are on the frontlines of
Climate Change but who are also leading they way and on the forefront of Climate action.

Ripley Kavara is a musician and artist born in Papua New Guinea and now based in Naarm.
They are interested in disrupting normative space through augmenting sound, vision and
narrative. They also work in youth work focusing on digital arts as a tool for empowerment
for black, brown &amp; queer youth. They are currently working on a major project FAMILI, an
EP featuring queer pasifika artists which will be launching on February 6th.

Korra Koperu is a Māori transgender woman who started her advocacy journey at 13. Korra
had to overcome legal barriers, bullying and sexual harassment at school to live her authentic truth. Today, Korra is also passionate about reconnecting with her Whānau from
the Ngāti Moko Marae in Te Puke, New Zealand.

Tara Apa is a Multi-disciplinary artist- a fa’afafine entertainer, who brings class, comedy and fun
to the stage. She is also an activist for Pasifika fa’afafine, Leiti, Akavaine, Mahu, Lae’lae,
Sistergirl, Palopa and Fakafafine communities. Formerly the Secretariat for the Pacific Sexual
Diversity Network (PSDGN), Tara is currently studying Criminology and Psychology. She is
working towards setting up a culturally appropriate safe space for Pasifika LGBTIQA focusing
on mental health issues. Tara has hosted numerous events from concerts for the well-
known band ‘Fiji’ to pageants in Samoa, American Samoa, New Zealand, Australia and also
in America. She has also reported on various shows such as the Samoan fa’afafine Show
‘Pacific International Runway.’

This project has been assisted by the Australian Government through the Australia Council, its arts funding and advisory body. 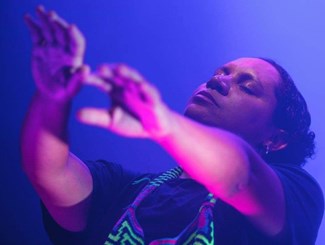