Being Queer at school in 2020 by Linda McIver

This piece was written by Linda McIver who initiated this survey after talking to her local MP about the issues her non-binary child faces at school.

WARNING: some of this content may be distressing for some readers. The subject contains LGBTQIA+ persons issues and experiences, bullying, violence and self-harm. If you are experiencing distress and would like to chat with someone please contact a support network from this list here. Or, The Support Act Wellbeing Helpline is a free, confidential counseling service open to anyone working in Australian music or the performing arts - 1800 959 500.

“Our local MP told us that every school in Victoria is "Safe Schools compliant" and they don't hear about any issues, so there clearly are not issues for queer kids in Victorian Schools."

We know, of course, that there are huge issues for queer kids at school, in Victoria and elsewhere, so I decided to collect some of the stories, to try to show the government that there is a desperate need for change. Our kids are not safe.

I have no prior experience in this space, but my trained instinct is to seek data when faced with a problem, so that's why I put out the survey. I was looking for numbers to strengthen my case, but as a professional communicator, I also know that stories are crucial, which is why the survey was a mix of qualitative and quantitative.

In this progressive age of marriage equality and general enlightenment, it would be easy to think that queer kids have it easy. After all, we have openly gay footballers, pride matches, pride marches, and even openly gay conservative parliamentarians. There’s a trans character on neighbours, thanks to Georgie Stone. It’s easier to be queer now than ever before.

And perhaps it is easier. But it’s still so far from actually easy that you can’t see easy with a telescope from where queer kids stand.

Last year our local MP told us that life is good for queer kids in Victorian schools. Every government school is Safe Schools compliant, after all. And they don’t hear about any issues, so there aren’t any. QED.

Sadly, we know from personal experience that Safe School's compliance does not make a school safe for queer kids, so I ran a survey for queer-identifying kids in Victorian Schools. I wanted to tell the stories. To show how far we still have to go to protect and support our LGBTQI+ kids and empower them to thrive.

It’s a small sample - just 44 queer kids - but some of their stories will break your heart.

Let’s start with the data. 68% of these kids have experienced bullying at school relating to their queer identity. That’s 30 kids from 25 different electorates. The bullying was everything from other kids deliberately using the wrong pronouns and dead names*, to ostracism and physical violence. One girl had her arm broken due to bullying around her gender identity.

Here are some examples, directly from the survey.

“My child was bullied by kids, teased, threatened, bashed, made fun of, had memes made of her, told to kill herself, which led to her trying to commit suicide…, develop an eating disorder and major anxiety.”

Stop for a moment and imagine this was your child.

“Parents and grandparents of other kids laughing and pointing, kids following my child around the playground filming them, calling them a ladyboy”

“Some people would call me a ‘demon and unnatural’”

“Kids followed me around asking what was in my pants, and telling me I was possessed by Satan. I didn’t feel safe anywhere.”

‘I've been called a number of slurs on a semi-regular basis and teasing on the regular. Some kids that I didn't even know would call me names and roughly push past me in the schoolyard. Even kids in lower year levels. They'd call me a mixture of "he-she" "shemale" "dyke" "faggot" "it" and other names. ‘

“There were threats to kill me published online with my name, as well as implications of suicide.”

“My child has been bullied at school due to being gender diverse. She has been singled out by older children resulting in her being terrified to go to school.”

These kids have to expend so much emotional energy just trying to be themselves and stay calm and safe in the face of unimaginable abuse every day. And you might think that this is “just” in the schoolyard. Just at break times.

Devastatingly, it turns out that 50% of LGBTQI+ kids who responded to the survey have experienced issues with school staff relating to identifying as queer. These include deliberate misgendering and deadnaming, exclusion of non-binary and gender diverse kids - which usually means separating the class by gender, refusing to use the child’s preferred name until a legal name change took place, refusing to allow a child to transition at school, organising activities by gender and insisting that transgender kids go with the group of their legal gender rather than their gender identity, and refusing to allow kids to use the correct toilets or change rooms, even to the extent of excluding kids from activities like swimming because it’s “too complicated”.

This isn’t ancient news from the 1970s. This stuff is happening to our children today. Every day. And it’s not going to go away just because schools can call themselves “safe schools compliant”. To be truly safe, inclusive places, our schools need to work hard to educate both students and teachers about what it means to be LGBTQI+. To put policies in place that support and empower queer kids, and that make transphobic, homophobic, and intolerant behaviour unacceptable.

Queer kids aren’t going anywhere. Some studies have found that only 48% of teenagers identify as cis gender and heterosexual. A study conducted in the US in 2016 found that around 3% of teenagers identify as trans or gender nonconforming. That might sound like a small number, but in a school of 1000 kids that means there are around 30 kids whose need to have their gender identity respected and included won’t automatically be met.

And we know that queer kids are more likely to self-harm, attempt suicide, and suffer depression. Make no mistake. This isn’t because they are queer. It’s because of the way our society treats queer people. Intolerance kills. Quite literally.

Like racism, homophobia, transphobia, and intolerance won’t just magically disappear. They need to be actively addressed, taken seriously, and called out. And heterosexual, cis people are unlikely to know it’s even there unless they go looking. Kids don’t report it, because they know it’s unlikely to help. They don’t want to make a fuss or be labelled a dobber (and cop more bullying as a result), and all too often they know the school won’t take effective action.

It’s hopelessly ineffective to address this kind of bullying one on one. The safety of our children demands a school-wide - no, system-wide! - culture shift that explicitly, proactively, and positively includes LGBTQI+ identities. Because they are not preferred identities or chosen identities. This is who our kids are. And it’s time we made them welcome.

I’ll leave you with two quotes from students who answered the survey. They speak for themselves!

“It can be terrifying. Especially if there are students that are openly transphobic and homophobic, even if it's not directed at you it still makes you feel scared and insecure.”

“I hope that sometime in the future I can walk into school not worrying about crying in class from the LGBTQ+ phobia.”

*kids whose birth gender does not match their gender identity often change their names, and using their former name is known as deadnaming, and can be deeply traumatic.

I'm hoping to get these stories out far and wide, to show the government that we have a lot of work still to do to make schools safe for queer kids. I'm also planning to expand the survey out to all Australian kids and their families, not just Victorian ones, to take the conversation National and motivate progress around the whole country. I had lots of people from outside Victoria wanting to tell me their stories."

30 years ago - on May 17, 1990 - the World Health Organization removed homosexuality from the Classification of Diseases and Related Health Problems.

International Day Against Homophobia, Biphobia, Interphobia & Transphobia (IDAHOBIT) celebrates LGBTIQ people globally, and raise awareness for the work still needed. Find out how you can show your support >>

Edition #5 - Midsumma's tips for queer arts, artists and culture makers in the time of COVID-19 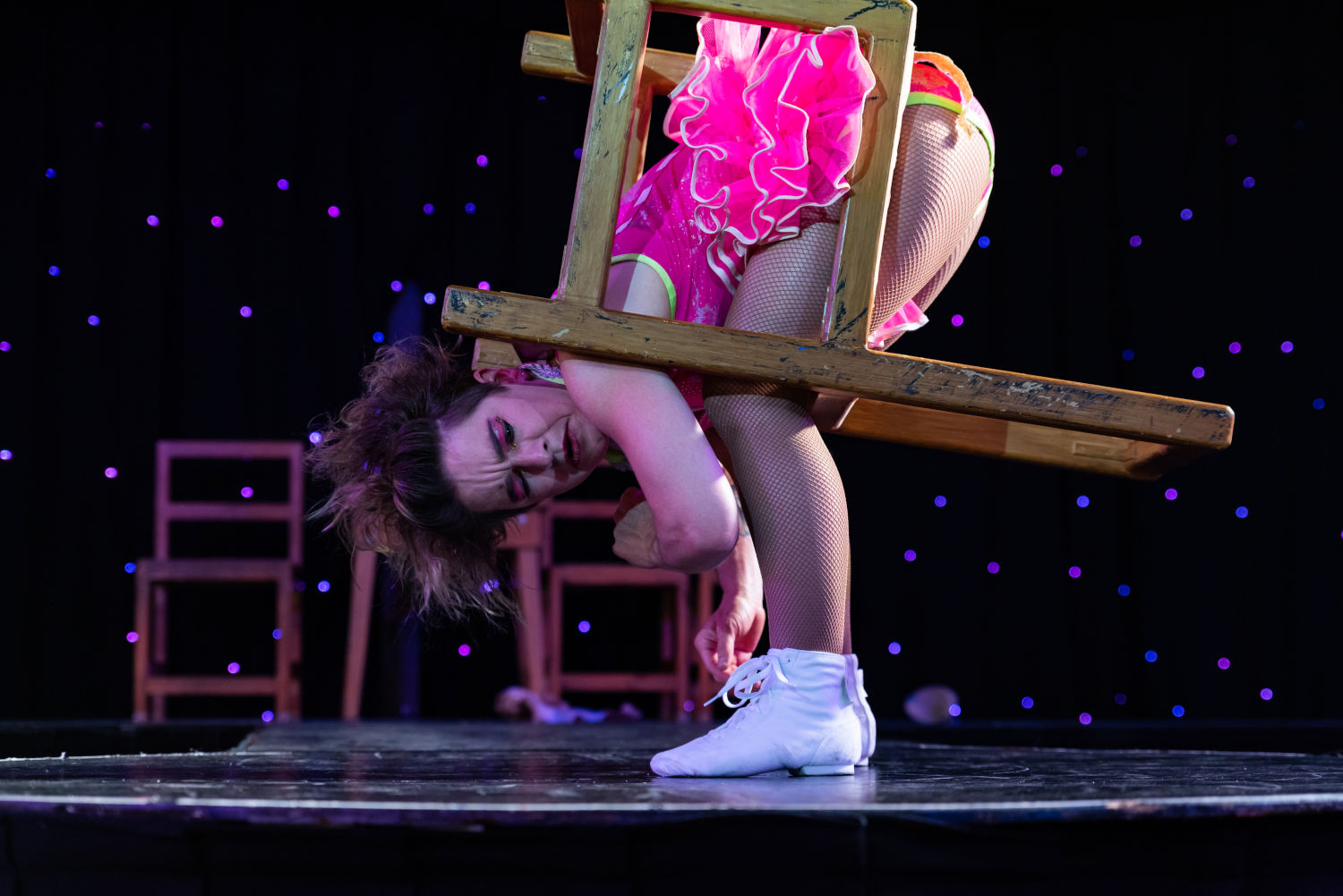